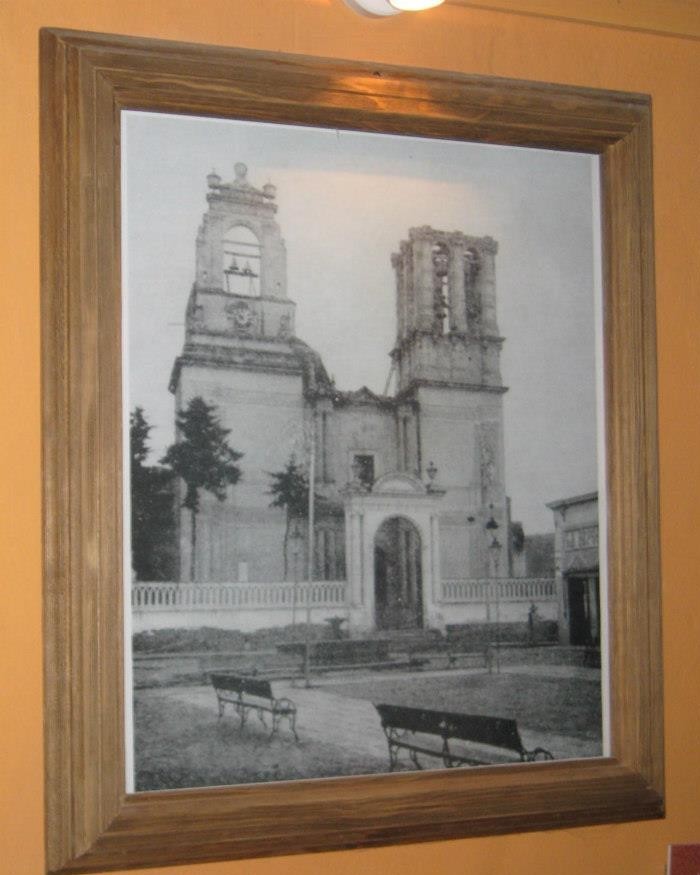 Not too long ago, I talked about Guanajuato City. You might remember I mentioned both the state and capital share the same name. Well, there is another location in the state worth mentioning besides Guanajuato City: Dolores Hidalgo.

We could say Dolores Hidalgo is where it all began. It was the place where Father Miguel Hidalgo declared Mexico’s independence from Spain in 1810. That alone makes it so fascinating to me! I’m pretty sure you will find it intriguing as well. Let’s jump right in!

Dolores Hidalgo is a small town in the northern part of the state, in central Mexico.

The 6 closest major airports ordered by distance are:

As you can see, the 3 most viable options are Guanajuato, Querétaro and San Luis Potosí. However, no matter where you fly to, you will have to complete the trip either by car or bus.

Even though Dolores Hidalgo is a small town, it has many interesting places to visit. Having been named “The Cradle of Independence”, there are many historical points of interest worth visiting.

Museo de la Independencia Nacional. You will find several paintings, frescoes, sculptures and art pieces from the Independence Period. A must visit if you want to understand more about Mexican history. 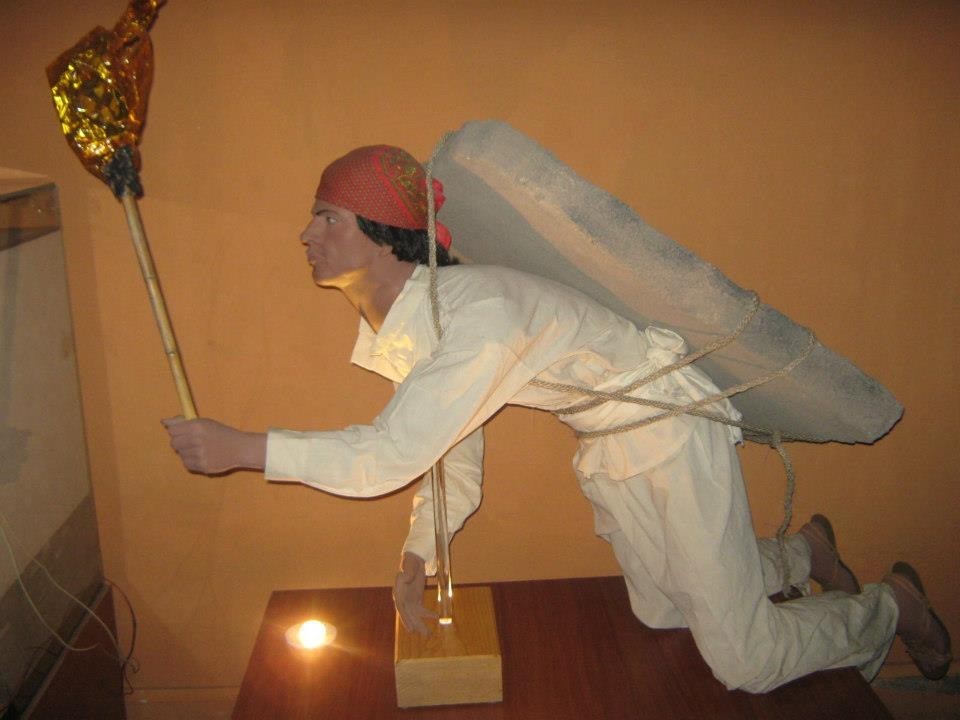 Casa de Miguel Hidalgo. This is the home Father Miguel Hidalgo lived in from 1804 to 1810. There are historical documents, paintings, old furniture and house objects from that period.

Casa de las Visitas. Old mansion from 1786. It was bought by the government to host important figures visiting town, hence the name. 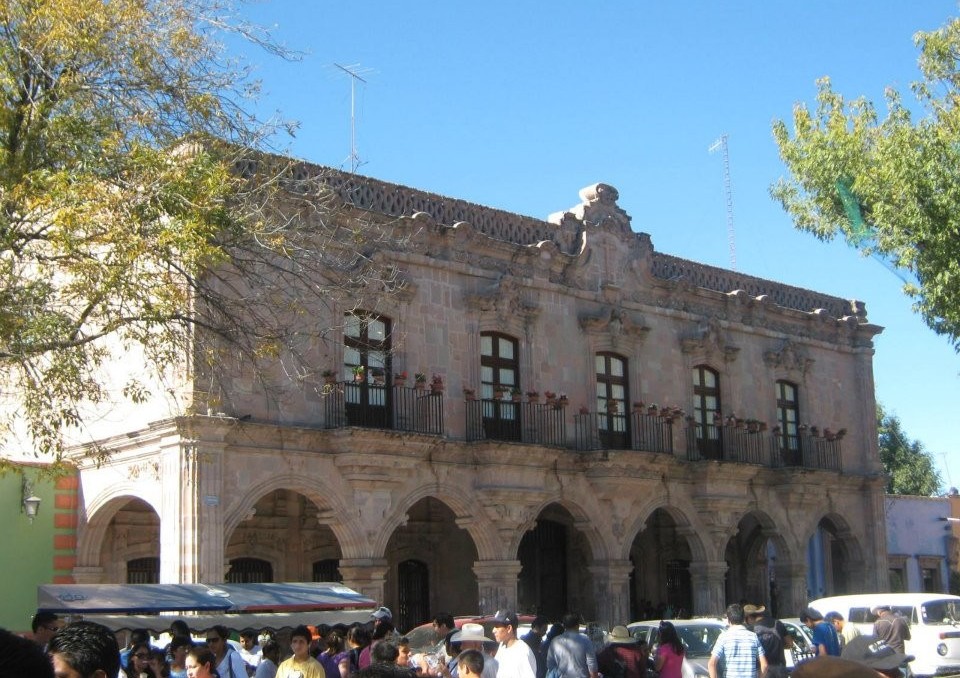 Casa de Mariano Abasolo. It was the home of Mariano Abasolo, one of the most important figures of the War of Independence. Inside you can find murals and a replica of the church bell used in 1810. 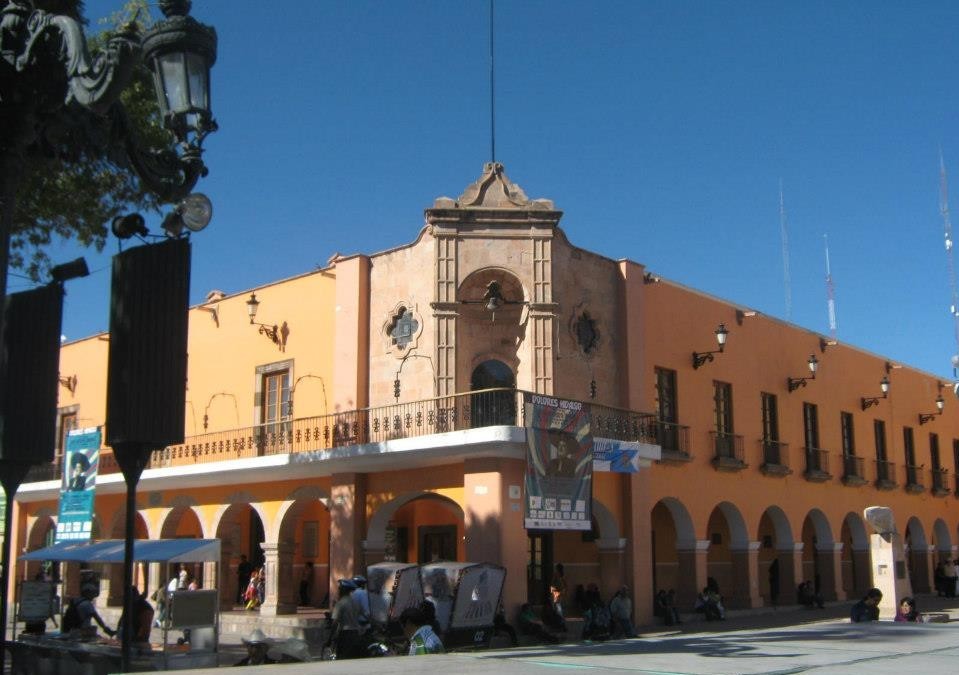 Jardín Principal. The town main square. No visit is complete without setting foot on a town/city main square. Admire the sculptures, the architecture and try to imagine scenes from a past long gone. This is the heart of Dolores Hidalgo. 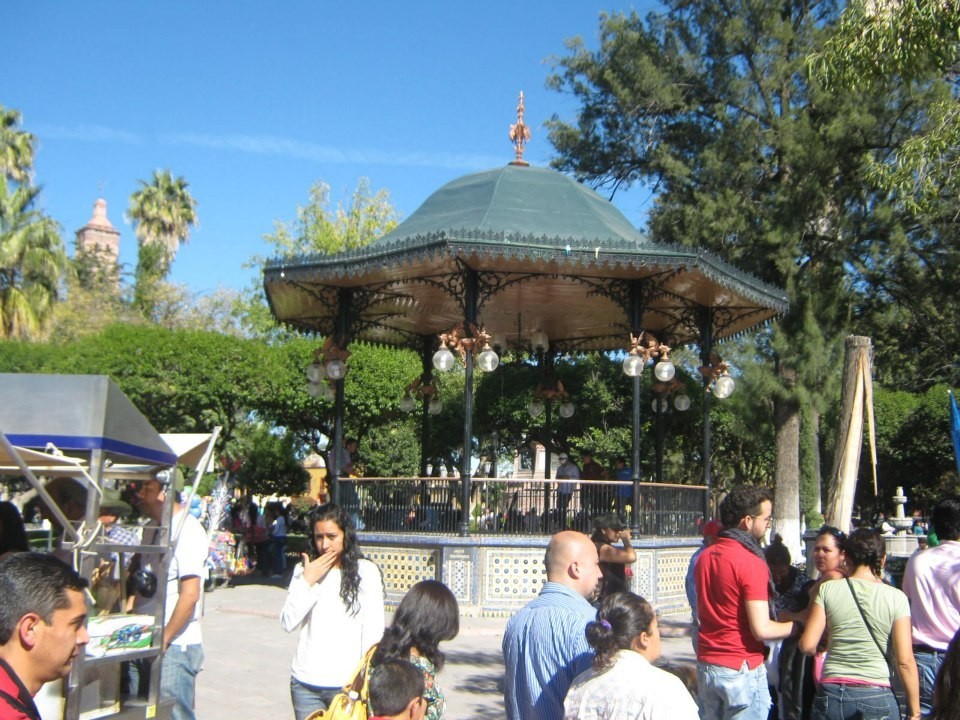 Miguel Hidalgo Monument. There is an impressive monument of the Father of Independence right in the center of the main square. Don’t forget to take a picture! 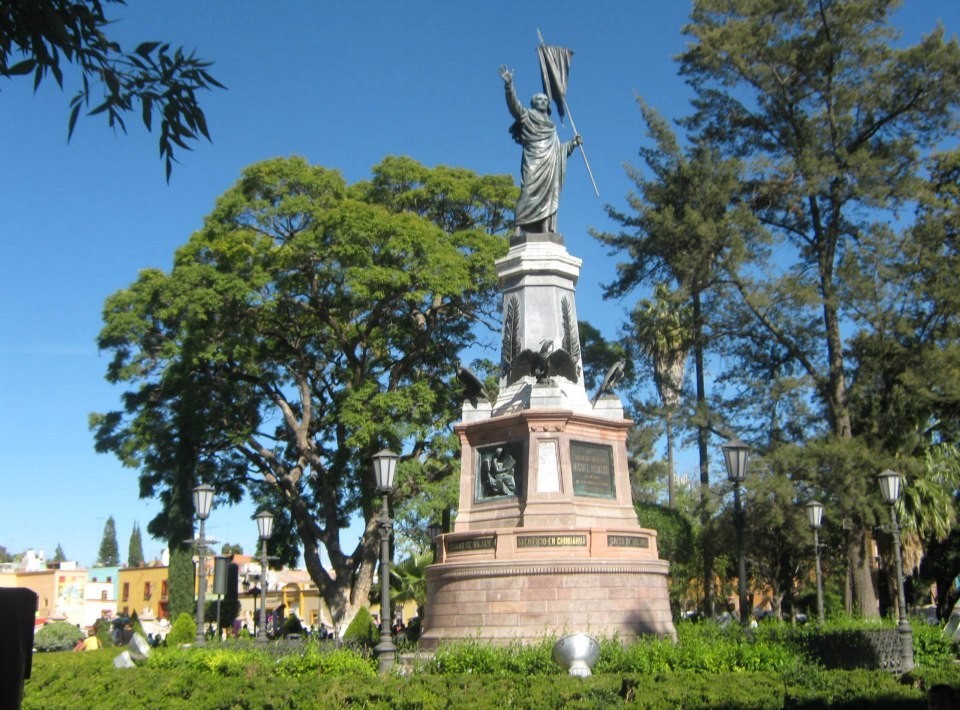 Parroquia de Nuestra Señora de los Dolores. This is the town main church. It holds an important place in Mexican history since it is here where Father Miguel Hidalgo called everyone to rebel against the Spanish government. If you have the opportunity to visit in September, by all means do it. 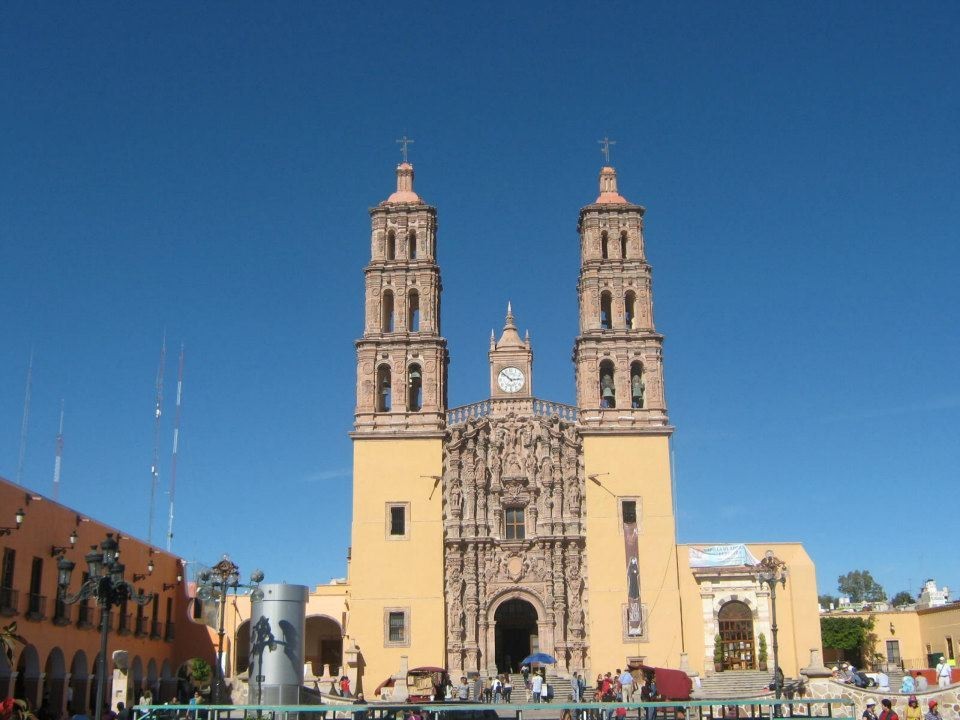 José Alfredo Jiménez Mausoleum. This mausoleum is located inside the town cemetery and was built in 1998 to commemorate the 25th death anniversary of one of Mexico’s greatest ranchera singers. It’s a huge multicolor sombrero with the legend “La vida no vale nada” (Life is worth nothing). There’s music playing all the time. It’s quite an experience. 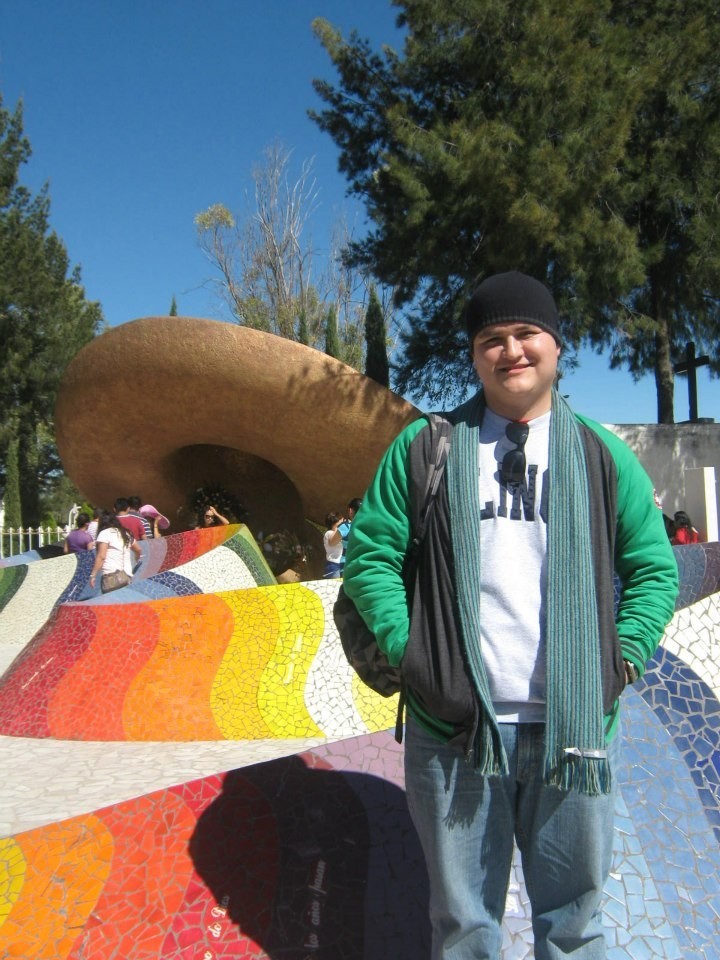 At this point you might feel a little bit overwhelmed if history is not your thing. However, if you want more you can visit the Hijo del Árbol de la Noche Triste, the Flag Monument, the Heroes Monument, the Templo de la Tercera Orden and the Templo del Señor de El Llanito.

You can also visit a few haciendas. A hacienda was a Spanish large estate or plantation with a dwelling house. They were very common in the Colonization Period. You can still visit some in the area like Hacienda de la Erre, Hacienda de Trancas and Hacienda Rincón de Abasolo.

Whenever I travel, I always try to eat at least one dish from the region. This makes any travel experience more enjoyable in my opinion.

There are also dishes that come from the otomí culture which include preparations with squirrels, rabbits and rats. When we talk rats, we talk about the brown kind, those who live in the woods, not the sewage type. I just wanted to clarify. 🙂 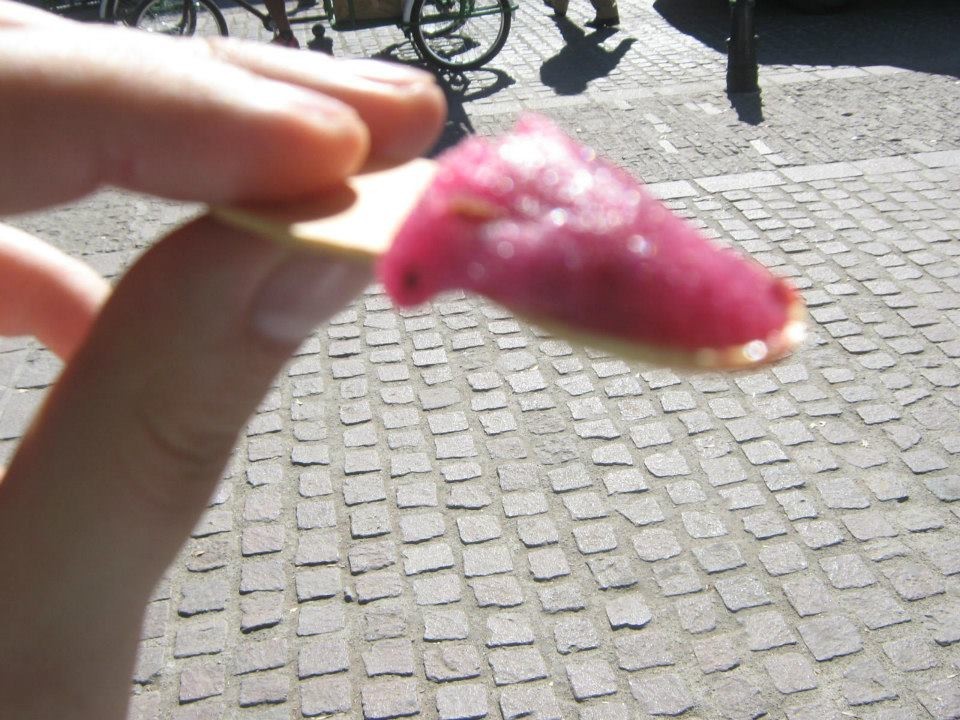 Another thing Dolores Hidalgo is famous for are its nieves (I think it translates as Italian ice). They have the normal kind like lime, but they also have exotic flavors which include tequila, chicharrón, shrimp, cheese, avocado, beer, mole, etc. Give them a try!

Mid September is one of the busiest seasons in town. The grito is celebrated on the 15th, well, technically midnight of the 16th, to commemorate the night Father Hidalgo summoned all villagers to take their arms and fight for their independence. Every city and town in Mexico holds a celebration on the same day, but nowhere is better than where it all began: Dolores Hidalgo. Try to visit during these days at least once.

You can make it a one-day trip from Guanajuato City, although I would advise against it. I rather recommend spending at least a whole day in town. It’s a small town, but there is so much to see.

There are tours from Guanajuato City if you’re not driving or don’t want to bother with public transportation. Just keep in mind the pros and cons of hiring a tour. We talked about that subject in another post.

Dolores Hidalgo is also famous for its pottery. Make sure to buy something from the market or directly from its makers.

Who would have thought such a small town has so much to offer and holds such an important place in history? Well, Dolores Hidalgo is such an example.

Roam its streets and soak in the architecture. Listen to what every old building and statue has to say. You will be amazed.

As always, I would be more than happy to answer any questions you might have. Feel free to leave them below along with any comments telling me about your impressions or experiences. See you soon!