If you have been following my site for some time, you should know I’m a fan of archaeological sites. Those places are beyond me. I’ve always considered myself to be a history buff. I love collecting details from past civilizations, particularly those from Mexico.

The southeast of Mexico is full of such places. I’d love to share them with you. That’s why I came up with a list of the best Mayan ruins in Mexico. This is just my opinion; some people may differ. Without much further ado, let’s get started!

But First, Let’s Clarify Something

Before jumping right in, I would like to clarify a misconception that makes me cringe. The words “Mayan” and “Maya” are not synonymous nor can they be used interchangeably. The term Mayan refers specifically to the language, whereas Maya refers to the people, culture, or places. So, you could say that the Maya speak Mayan. Yes, there’s no need to distinguish between the singular and plural forms.

Okay, that was an eye-opener. Even I made that mistake in the past. Just keep it in mind for future reference.

Who Were the Maya? 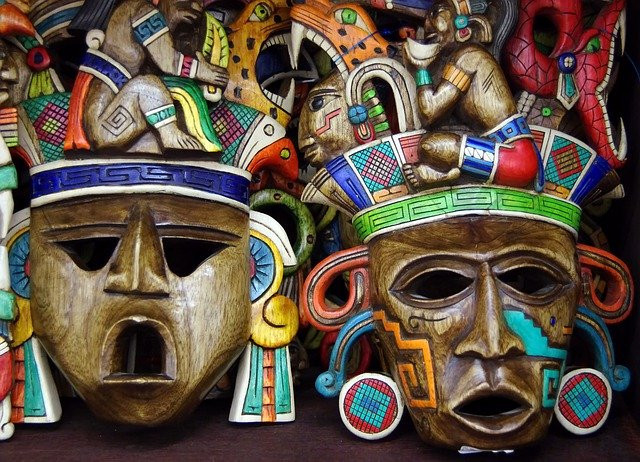 I’m not going to bore you with a load of details, but it’s important to have some context. Well, first of all, I would like to point out that the Maya do not use such term among themselves; it’s of more recent usage. They refer to themselves by language bonds or ethnicity instead. Something similar happens with the Aztecs.

There is some controversy as to when to Maya civilization started, but many experts agree it was around the year 2500 B.C. They gradually started to populate the southeastern portion of the country, including the modern states of Yucatan, Quintana Roo, Campeche, Chiapas, and Tabasco. They also inhabited portions of Guatemala, Belize, and Honduras in Central America.

The Maya were very smart people and excelled in mathematics, engineering, and astronomy, among other sciences. They were thought to be pacific people, but recent evidence suggests quite the opposite. You may have seen them featured on Mel Gibson’s Apocalypto, which sparked some controversy.

Okay, the Best Maya Sites Are…

Did you know there are over 4,000 Maya sites in Latin America, many of them in Mexico? And there are yet more sites to be discovered. That’s impressive, isn’t it?

I have a bucket list of Maya places I want to visit in the future. I will share it with you in another post. The truth is, there are so many sites that you would need to spend a lot of time in Mexico to explore them all! Some of them are isolated and it can be hard to access them, so that adds to the difficulty.

Honestly, it’s hard to give a ranking list, but these are the best Maya ruins in my opinion. Oh, and just for the record, I’ve visited all of them, so I’m talking from experience. Check them out!

Chichen Itza: Enchanter of the Water 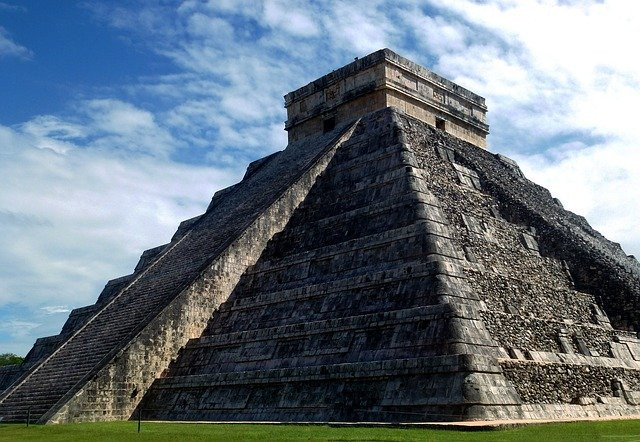 The Chichen Itza site is probably the most well-known in the whole country. It draws millions of international tourists from all over the world every year. Its icon, the Kukulcan pyramid, is known by many, at least on photos.

Chichen Itza is located in the eastern portion of Yucatan. It was once a huge city and one of the most important in Mesoamerica. It features different architectural styles such as the Puuc and Chenes styles.

Some of the busiest seasons are the dates around the Spring and Autumn equinoxes. In the late afternoon, the sun casts shades on the pyramid steps at an angle that creates the illusion of a serpent crawling down. This is no coincidence since Kukulcan, the most important Maya deity, had the shape of a serpent.

You cannot climb to the top of the pyramids, but It’s a must when visiting the Yucatan Peninsula. You won’t want to miss out. 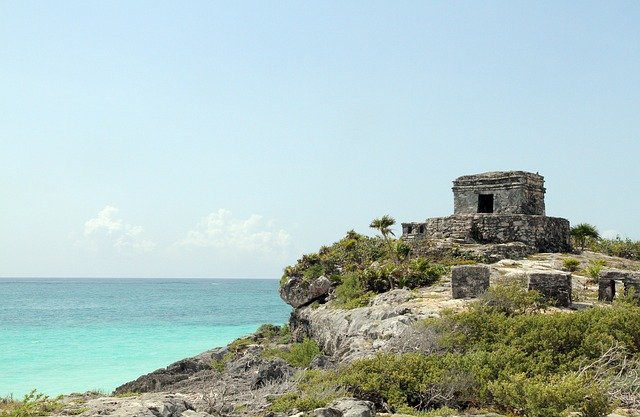 Tulum is located along the Riviera Maya coast, making it a perfect day trip from Cancun and nearby areas. In fact, you can do Tulum and Chichen Itza on a single day if you wanted to.

The Tulum site is not very big, but it’s still worth a visit. There is a rock tunnel you need to cross to enter the site. Another peculiarity is it’s full of iguanas. They’re everywhere!

Perhaps what makes Tulum unique is the fact that it’s the only archaeological site right next to the beach. No other site in Mexico has that. 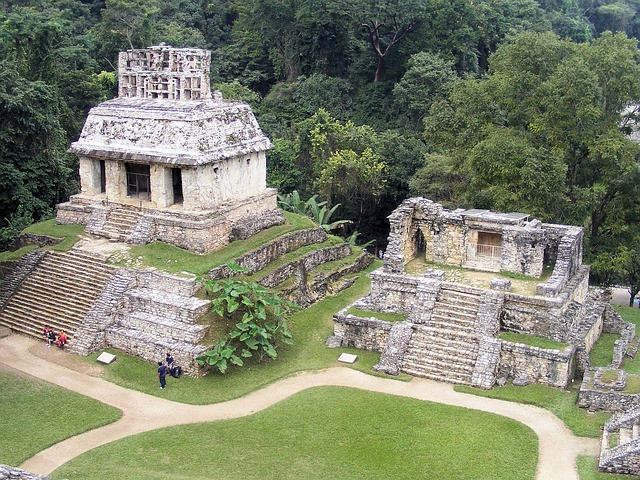 Located in the southern state of Chiapas, Palenque was a medium-sized site. It was named a UNESCO Heritage Site in 1987. Only less than 10% of its territory has been explored by archaeologists.

The Temple of Inscriptions is perhaps the most significant building on-site. It records 180 years of the city’s history and was built by King Pakal’s son. King Pakal’s tomb rests inside, too. It was possible to access by special request, but authorities decided to stop visits.

Even though it’s not one of the largest Maya sites discovered, it boasts beautiful architecture. You will love the sense of peace and tranquility that permeates the air. 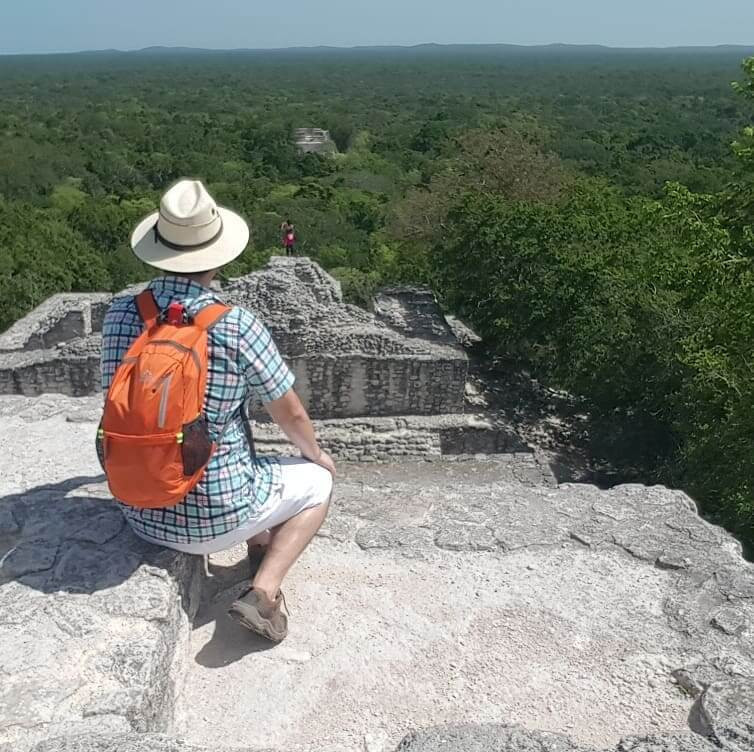 In my opinion, this is one of the most underrated Maya sites today. It’s probably due to its isolated location right in the heart of the tropical forests of Campeche. Access to the site is a little bit complicated, so you won’t see many tourists like you would in other Maya sites.

You can easily spend hours exploring the site. The good thing is, you can still climb to the top of the pyramids! It’s not possible to do that in Chichen Itza, for example. You will be rewarded with a magnificent view of your surroundings.

The site is strongly connected with nature. You can even run into jaguars! Take advantage of this opportunity and disconnect from social media and the Internet. Admire the scenery and take as many photos as you can.

This is by far my favorite Maya site until now. I went there in August of last year, and I am planning to return soon. You have to go at least once in your life.

I will write an in-depth article on Calakmul shortly.

There you have it. As mentioned earlier, there are many sites to explore in Mexico. It’s amazing how you can evoke the past by revisiting these magnificent places. I can never get enough of them and I’m sure you won’t, either.

Have you visited any of them yet? If you happen to be in any of the southeastern states, try to visit at least one of the sites. You won’t regret it.

If you have already been, what are your favorite sites? Which ones would you add or remove from the list? I’d love to know. Feel free to comment below. See you soon!

12 Replies to “Best Mayan Ruins in Mexico – My Personal Picks”