Many countries around the world are famous for something. For example, the U.S. is famous for Hollywood, hot dogs, football (American football, that is), music, among other things; France for fashion, champagne, cheese, bread, and perfumes; China for pandas, the Great Wall, and their numerous types of tea; Australia for kangaroos, koalas, the Great Barrier Reef, and Sydney… well, you get the idea. But what is Mexico known for? That’s a good question, and we’re going to answer it in as much detail as possible.

We won’t talk about the negative things since a lot has been said and written on the subject, much of it quite exaggerated. Plus, we have already covered that. Rather, in this post, we will talk about the reasons Mexico is famous around the world. I hope to provide you with more than enough reasons to make you consider it as a serious alternative for your next vacation. Let’s jump right in! 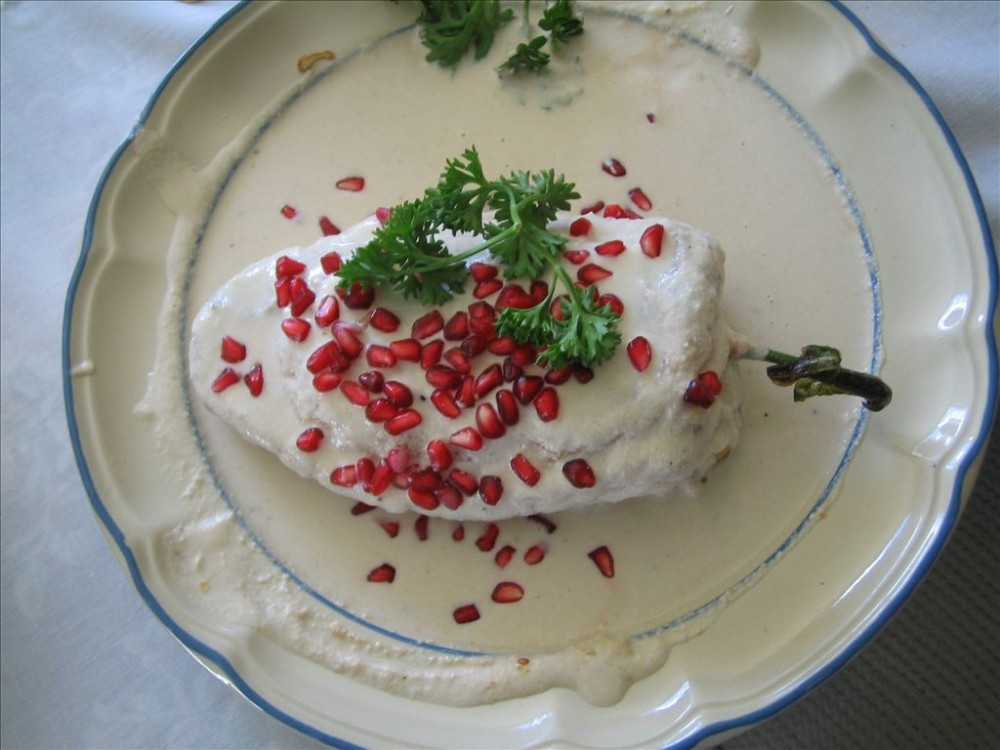 Mexicans and foreigners alike love Mexican food. Have you ever eaten tacos? They’re one of the most famous Mexican staples around the world. However, let me warn you: you haven’t tried the real thing if you’ve never been to Mexico. If you like Mexican food in your home country, you will love it in Mexico.

Mexican food is delicious and varied. We have much more than tacos. What you know abroad is just but a glimpse of our culinary traditions. In fact, our cuisine dates back from pre-Hispanic times but has survived till our day.

Foreigners always mention the food when talking about Mexico, and that alone should be a good indicator for you. When visiting, you have to try it.

Mexicans love it. It comes in all varieties: jalapeño, serrano, guajillo, habanero, pasilla… whether you go to a taco stand or a high-end restaurant, you will always find hot sauces or salsas on the table. They’re an important part of our cultural identity.

Spicy food is very common in Mexican cuisine. It doesn’t matter if it’s day or night, it’s always a good time to eat chili pepper! We use it in traditional dishes, fruit, and snacks. We even use it to give a twist to other dishes that are traditionally non-spicy.

Did you know the Aztecs ate guacamole way long before the Europeans set foot in Mexico? It’s quite an old recipe, although there are modern variations. Be that as it may, it goes well with everything!

Guacamole is so popular that it’s the most eaten snack on Super Bowl Day. Interesting fact!

Oh, and do you know who is the world’s avocado supplier? Mexico, of course! 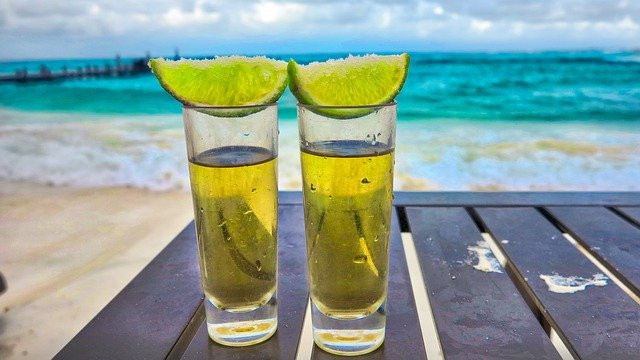 Okay, enough of food. Let’s talk about another thing Mexico is known for. Not only does it have worldwide dishes, but it also has one of the most famous beverages: Tequila!

Tequila is an alcoholic beverage used to make cocktails (margaritas, anyone?) or it can also be drunk in the rocks. No Mexican party is complete without it.

Did you know it can only be produced in Mexico and that there’s a city near Guadalajara, Mexico with the same name?

Mexican people are very friendly and welcoming toward visitors. It’s easy to make friends with Mexicans. We love meeting people from other cultures and interacting with them. If you need directions to a place, you will always find someone willing to help you. If you can’t speak the language, someone will try to help you. Don’t be afraid to ask for help.

Small talk in Mexico is very common, especially in small towns. Don’t be scared if someone you don’t know says hi to you or smiles at you. We love to smile; it’s second nature to us. We even joke with strangers at times, so don’t be offended or think we’re ridiculing you. Our sense of humor is special.

Did you know that Mexico is one of the most diverse countries worldwide? We have practically every ecosystem imaginable. We have deserts, tropical forests, coastal lagoons, grasslands…a little bit of everything. You don’t need to visit different countries to see it all. Just go to Mexico!

Even animals love our country. Each year millions of monarch butterflies and whales migrate to Mexico during the winter. Imagine watching this natural spectacle. It’s simply amazing.

Mexico ranks seventh place worldwide and first place in the American continent on the World Heritage Sites list. The UNESCO list includes 27 cultural sites, 6 natural sites, and 2 mixed sites. You may be familiar with some of them like Chichen Itza. By the way, did you know that Chichen Itza is on the 7 Wonders of the Modern World list along with the Great Wall of China and the Roman Coliseum? That’s impressive, isn’t it? 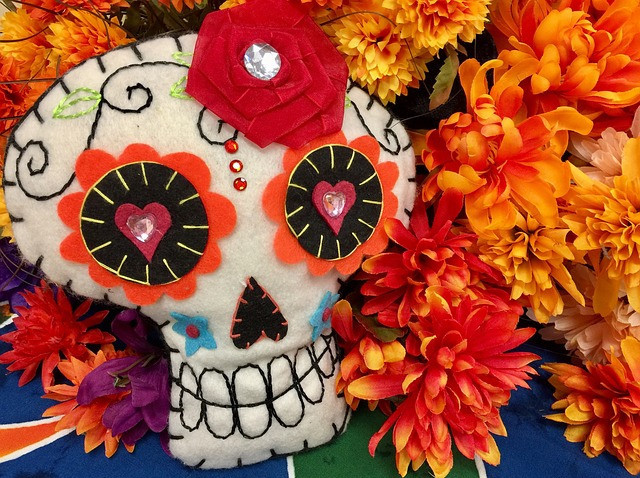 Death is a special topic in Mexican society, so much that we dedicate a special day every year to remember those who are no longer with us. It’s not a sad day, but rather a festive one. Millions of Mexicans set up altars in their homes with flowers and food in memory of their loved ones. You can even see the streets decorated with marigolds and other festive motifs like calaveritas (skulls).

Dia de Muertos or Day of the Dead as foreigners know it is so popular that it crossed borders of all kinds and has even been featured on the big screen. Have you seen Disney’s Coco? Its storyline revolves around Dia de Muertos. The truth is, this tradition is ancestral, dating back from pre-Hispanic times. It’s not something we came up with recently.

Mariachi music is another Mexican icon. During the Mexican Golden Cinema Era, our music spread out to other countries. It remains popular in our day. Songs like “La Bamba” and “La Cucaracha” are easily recognized by anyone that hears them played. They’re part of pop culture.

However, there is a Mexican song from a different genre that you may have listened to without knowing it was Mexican. “Besame Mucho” by Consuelo Velazquez is one of the most romantic songs ever and holds the title of being the most sung and recorded Mexican song of all time. It was recorded by artists like Frank Sinatra, Elvis Presley, and The Beatles. Can you believe that?

Mexico is a popular destination for those seeking white-sand beaches. We have plenty of them on both coasts of our territory. The most famous ones are in the Cancun area and include Riviera Maya, Playa del Carmen, Cozumel, among others. Every year millions of international tourists visit our beaches to escape from the cold in their home countries.

You can see tourists from the U.S., South America, Europe, Asia…from all parts of the world. The Mexican Caribbean coast is considered one of the best beach areas worldwide. 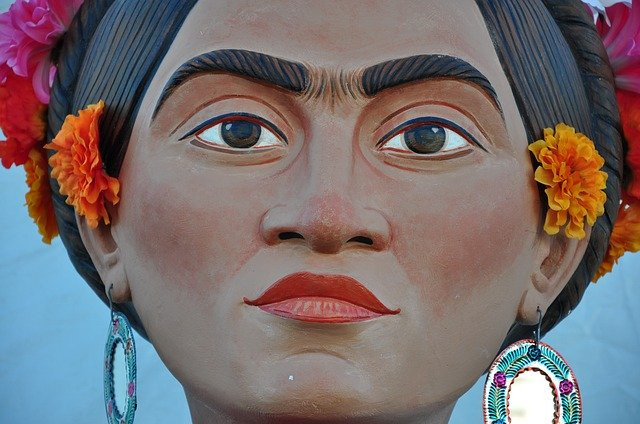 There is some controversy as to whether she was the best Mexican painter ever or not, but she is certainly the most famous one. Her image is displayed on T-shirts, bags, posters, and other memorabilia. She was even portrayed in a movie by Salma Hayek.

Frida Kahlo’s painting is mostly composed of self-portraits and was influenced by elements of Mexico. If you’re an art lover or Frida admirer, you have to visit her museum in Mexico City.

Handicraft making in Mexico is art from pre-Hispanic times. They worked elements like wood, clay, and stones to make tools, jewelry, weapons, toys, among other things. Mexican artisans have long traditions that have been passed down in families for generations.

Have you ever heard of Montezuma’s headdress? It’s a masterpiece of art that belonged to one of Mexico’s last emperors. It’s currently in Vienna, Austria and is an object of dispute between Austria and Mexico.

Mexican handicrafts are greatly appreciated by tourists. They’re skillfully made from different materials and are very colorful. You can see them in homes in the U.S., Canada, and Europe. 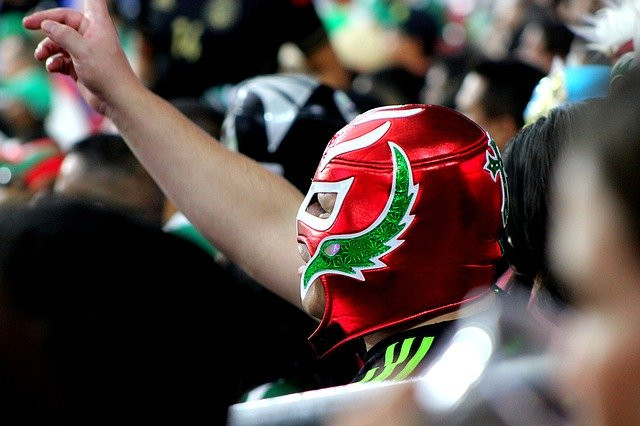 This is another important element of Mexican culture. Lucha libre is the term used in Mexico for professional wrestling. However, lucha libre is quite peculiar and has its own style. The luchadores (wrestlers) put on a show with masks (in fact, most of them wear masks so we don’t know their identities) and perform various acrobatic acts. However, unlike their WWE counterparts, Mexican wrestlers fight for real.

Lucha libre is a show for the whole family. I remember my dad used to take me when I was a kid. I recommend you attend a match at least once.

The Virgin of Guadalupe

She’s one of the most famous saints not only in Mexico but around the whole world. The legend says that she appeared to Juan Diego on Tepeyac Hill in 1531.

Her basilica is located in Mexico City and is the most visited Catholic pilgrimage site in the world. It receives millions of believers every year. Her commemorative day is December 12.

Telenovelas are the equivalent of soap operas. Mexico has produced thousands of them since the middle of the last century. They have been dubbed into several languages and exported to many countries.

Telenovelas tell stories. Drama is one of its prominent components, but it also has other elements like comedy or even horror. Although they have seen a decline among the younger generation, they’re still popular and continually evolve.

Some people claim to have learned Spanish because of telenovelas. I’ve met people from as distant places as Africa who told me they loved them and watched them every day. How amazing is that?

I could go on and on with the list, but it would be a never-ending post. Plus, I don’t want to bore you. However, I hope to have persuaded you to visit Mexico if you still haven’t done so.

There are a million reasons to visit Mexico. It’s a country full of history, culture, traditions, and diversity. It’s a blend of pre-Hispanic and Spanish cultures.

I urge you to visit and find for yourself. Find your reasons to return over and over again. One time will not be enough.

Thank you for reading. What are your thoughts? Let me know in the comments below. See you soon!

6 Replies to “What Is Mexico Known for? – Interesting Facts”